Pavlova is a meringue-based dessert named after the Russian ballerina Anna Pavlova. The meringue in a pavlova is soft and marshmallow-like inside while being crisp and crusty on the outside, and it is topped with cream and various fruits and berries.

Even though Anna Pavlova was Russian, the desert is not. It is strongly associated with Australia and New Zealand and is believed to have been created in honor of the ballerina either during or after one of her tours to this part of the world in the 1920s. 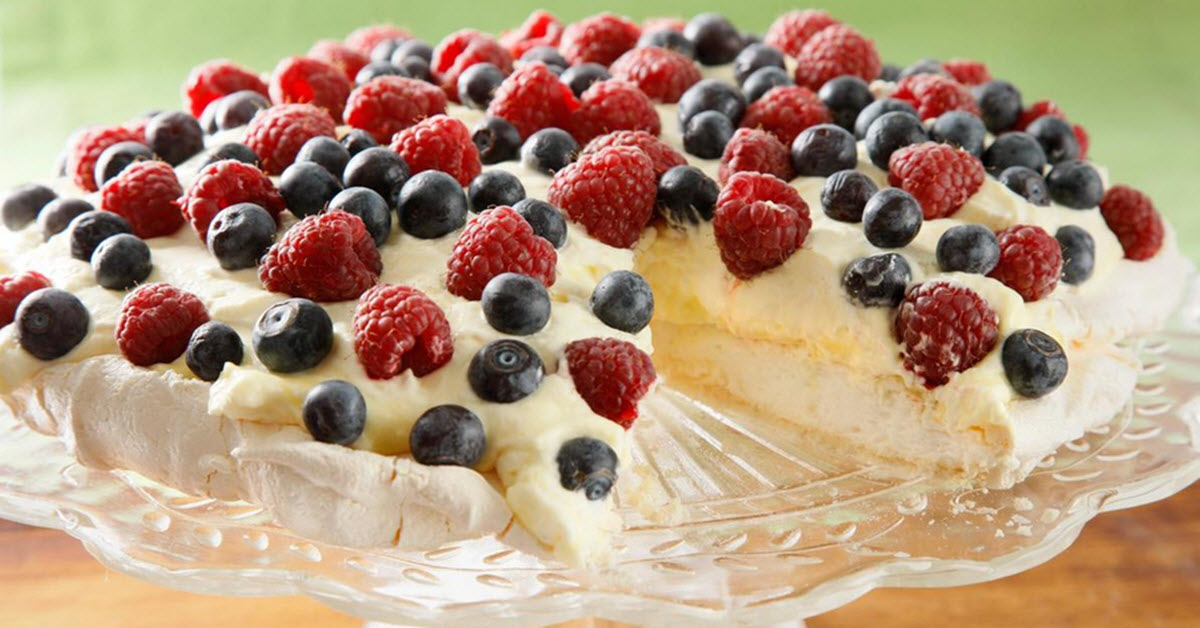 In Australia, pavlova is especially popular during summer time celebrations – including Christmas. The meringue part of the pavlova can be made well in advance and stored in an airtight container until it is time to decorate it with whipped cream, fruits and berries. This means it wont require any hot oven on Christmas Day itself.

There are many different ways of making Pavlova. In this recipe, the meringue is adorned with cream and mango, kiwifruit, passion fruit, blueberries and strawberries.