The lamington (also known simply as “Lammo”) is an Australian delicacy made from squares of butter cake or sponge cake, coated in an outer layer of chocolate sauce and rolled in desiccated coconut. Some recipes include raspberry sauce.

Lamingtons aren’t eaten right away; they are left to set, allowing the coating to seep into the cake.

If you are feeling particularly decadent, try a double lamington, where a layer of cream and/or strawberry jam joins two lamington halves together. 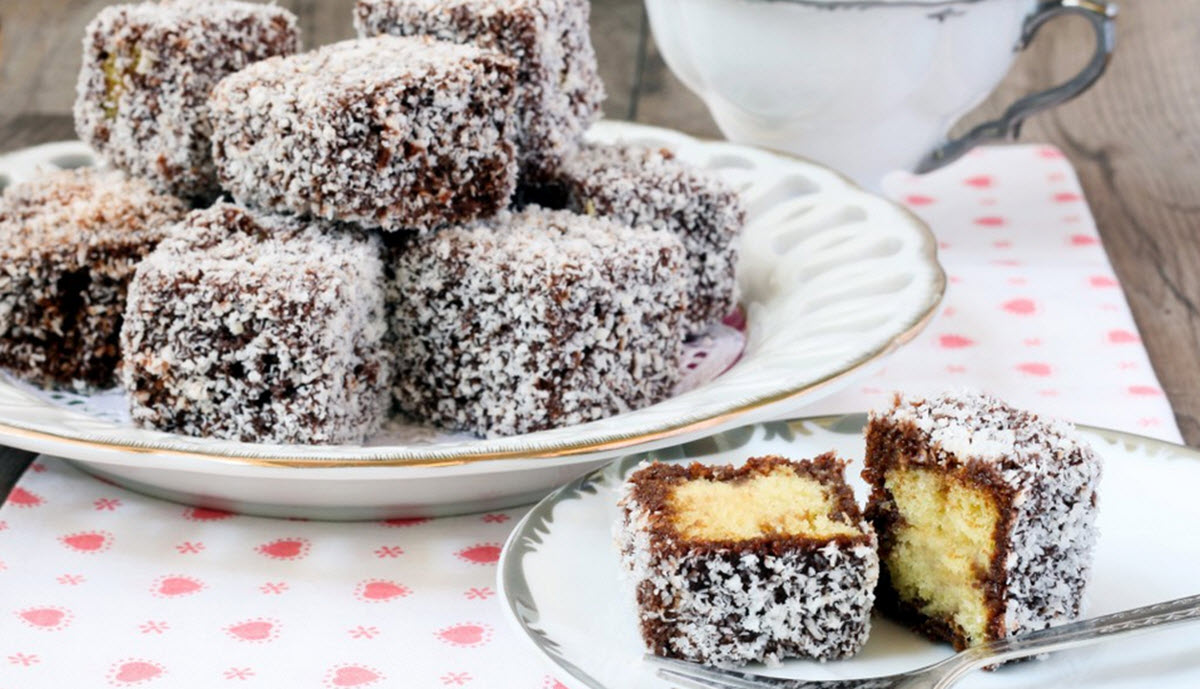 Make your own Lamington

Ingredients for the sponge cake

Ingredients for the coating

History of the Lamington

Exactly when the lamington was invented and how it got its name is still up for debate, but most sources link it to the Lamington family in Queensland. In 1896 – 1901, Lord Lamington served as Governor of Queensland and the lamington may have been named after him or after his wife, Lady Lamington. The earliest known reference to the naming of the lamington, which is from June 1927, claims that Lord Lamington is the source of the name.

So, who invented the lamington? Once again, most sources point to the Lamington household in Queensland, Australia. The Lamington family employed a chef, the French-born Armand Galland. According to one often repeated story, guests showed up unexpectedly and Galland had to improvise to feed them something with the ingredients ha had available. Noticing that there was some French vanilla sponge cake left over from the day before, he promptly cut it into slices, dipped the slices in chocolate sauce and adorned them with coconut. The guests were so impressed by the creation that they asked for the recipe – and the practise of serving “lamingtons” began to spread.

The first known mentioning of the lamington is from 1896, when a newspaper published a story about a “Lamington Function” held in Laidley, Queensland. The event was held in honour of Lord Lamington, and the dishes were therefore called “Lamington Soup”, “Lamington Tea”, etc.

In 1900, a recipe for Lamington Cakes was published in the newspaper “Queensland Country Life”. It gradually spread to other newspapers, including one in the capital and one in New Zealand.