The main ingredients in Anzac biscuits are rolled oats, wheat flour, desiccated coconut, sugar, butter, and golden syrup. Unlike many other biscuits, Anzac biscuits contain no eggs. That is because there was a shortage of eggs in Australia and New Zealand during the war, as many poultry farmers had joined the war effort. 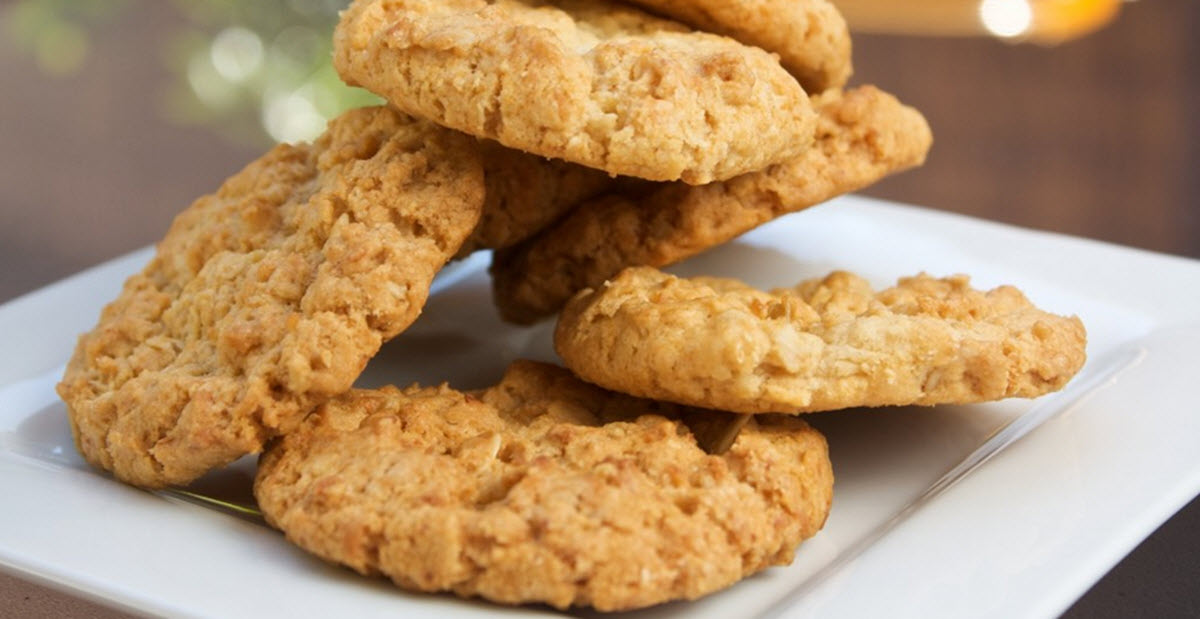 ANZAC is an acronym for Australian and New Zealand Army Corps.

One of the earliest mentionings of Anzac biscuits in text that we know of is from 1917, when the biscuits appear in the War Chest Cookery Book, published in Sydney, Australia. However, these biscuits were not at all like the Anzac biscuits that we know today. Interestingly, the same publication actually included a recipe for another biscuit called Rolled Oats biscuit that is much more similar to today’s Anzac biscuits.

In the 9th edition of St Andrew’s Cookery Book, published in Dunedin, New Zealand in 1921, we find a recipe for Anzac Crispies. These biscuits were very similar to today’s Anzac biscuits. In subsequent editions of the book, the name of these biscuits has been changed from Anzac Crispies to Anzac Biscuits. Soon, cookery books published in Australia did the same.