Australia is one of the main catchers of abalone, a type of sea snail that can be eaten either raw or cooked. In Australia, these creatures are sometimes referred to as muttonfish or muttonshells.

Abalone are marine snails belonging to the family Haliotidae and genus Haliotis. They have shells characterised by a low, open spiral structure, with several open respiratory pores in a row near the shell’s outer edge.

Abalones aren’t just sought after as food; they are also very pretty and used as jewellery or other decorative objects. The inner layer of the shell consists of mother-of-pearl, which in many species of abalone is highly iridescent with a range of strong, changeable colours.

In Australia, Tasmania is especially famous for its abalone and responsible for approximately 25% of the world’s annual abalone harvest. Two of the most popular species is Blacklip abalone (Haliotis rubra) and Greenlip abalone (Haliotis laevigata). Out of a population of approximately 520,00 people, roughly 12,500 Tasmanians engage in recreational blacklip and greenlip collecting. With a recreational Tasmanian abalone license, the bag limit is10 per day, with a total possession limit of 20. Various rules must be adhered to, including rules pertaining to the size of the abalones. 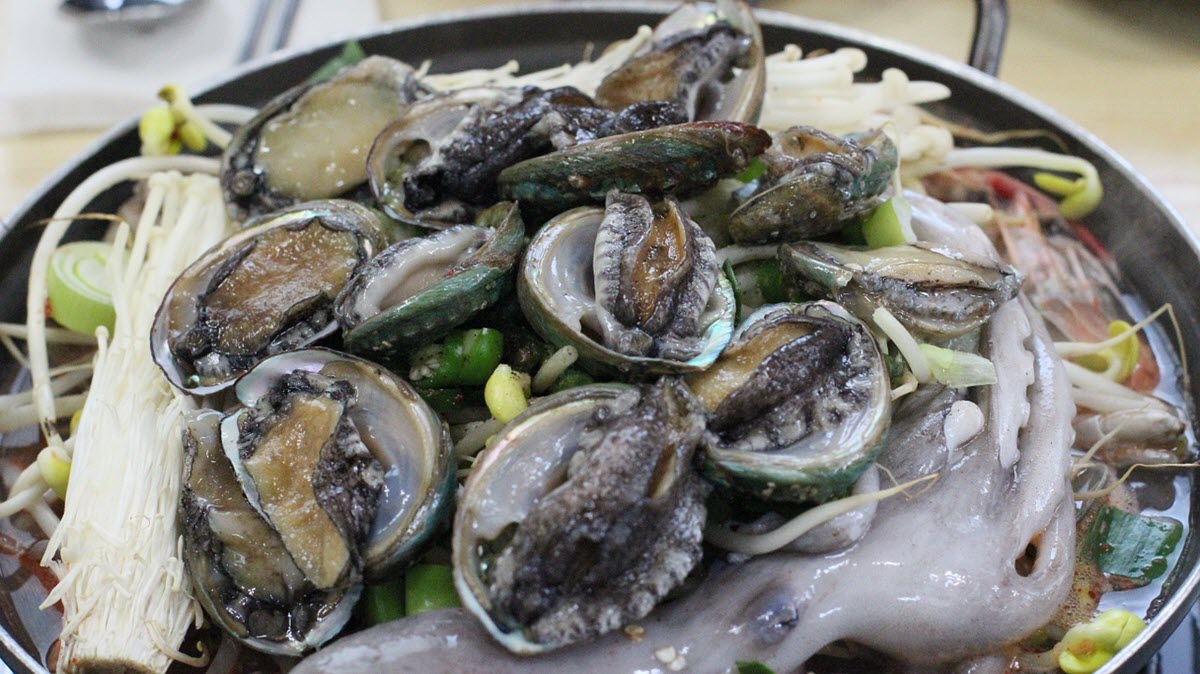 Australia is a country where lemons thrive. The three most common lemon variants in the country is Eureka lemon, Lisbon lemon and Meyer lemon. In this abalone recipe, we will use Meyer lemon. If you can’t obtain Meyer lemon, substitute with 50% mandarin orange and 50% any lemon. It won’t taste exactly the same as with Meyer lemon, but it will still be a delicious dish.

Meyer lemon (Citrus x meyeri ‘Meyer’) is thought to be a cross between a true lemon and either a mandarin or common orange.. It’s less acidic than Eureka and Lisbon lemons, and the fruit is small, round and juicy.